Exmar has announced that its LNG fleet contributed US$ 7.8 million to the company’s operating results in the third quarter of 2013, compared to US$ 8.4 million over the same period last year.

The current Exmar fleet was in full operation on time charter during Q3, apart from the off hire due to the drydocking of the EXCEL carrier (12 days recorded in the third quarter, with a further 8 days expected in the fourth quarter).

The EXCEL has been fixed for voyage to Vitol from the last week of October. Discussions for longer-term business are still underway.

The building of the world’s first floating liquefaction plant is progressing as planned, and the unit is expected to be delivered in Q4 of next year. The British Colombia LNG project is also developing as planned.

Discussions with EDF Trading on providing a liquefaction barge for long-term employment in North America are in progress.

The report also reported that EXMAR and the Port of Antwerp have recently signed a Memorandum of Understanding (MoU) to provide the Port of Antwerp with an LNG bunkering vessel. The front-end engineering study for this vessel is currently being finalised.

Read the article online at: https://www.lngindustry.com/lng-shipping/28102013/exmar_lng_fleet_earns_us7_million_356/ 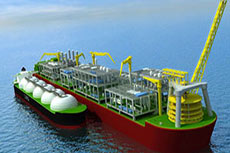 Honeywell will provide an ICSS for the world’s first FLRSU for the Exmar Energy project offshore Columbia. 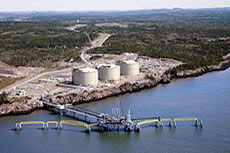 Petronas are set to go ahead with the development of the Pacific NorthWest LNG project in British Columbia.