The research firm expects the recent cost overrun disputes surrounding the canal expansion to be resolved with limited disruption, due to the significance of the Panama Canal to global trade.

Commenting on the impact of the delays, Andrew Buckland, Senior LNG Shipping Analyst at Wood Mackenzie, said: "Given the enormous strategic and financial importance of the Canal to Panama, we expect the gridlock to be resolved. If the delays last 6 – 12 months, it will have limited impact, as trade will carry on much as it does now, but further delays threaten the investments of a significant number of groups that are set to benefit from expanded capacity on the waterway."

The expansion of the canal will benefit users depending on the position of their ports in relation to the Panama Canal, particularly the US, whose cargo accounts for 65% of total cargo moved through the canal.

Read the article online at: https://www.lngindustry.com/lng-shipping/25022014/panama_canal_delays_could_disrupt_lng_trade_212/

Sempra Infrastructure has entered into a long-term sale and purchase agreement with PKN ORLEN S.A. for the supply of LNG from the Port Arthur LNG Phase 1 project under development in the US. 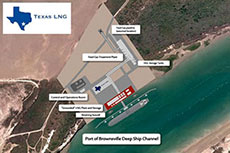 The company has filed an application to the US DOE requesting permission to export LNG to global markets. 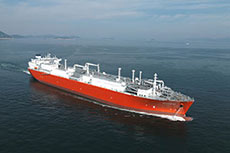 DSME exceeded their annual sales goal in 2013 by winning orders for VLCCs, containerships, a frigate and an LNG FRSU. 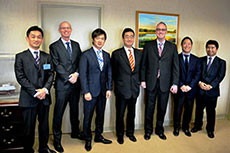 US LNG producers will benefit from the expansion of the Panama Canal, as the distance to ship US liquefied natural gas from the Gulf Coast to Asia will decrease by 9000 miles.