Wärtsilä has been chosen to supply the main engines, generators and integrated LNG storage and fuel gas handling systems (LNGPacTM) for the largest LNG conversions ever undertaken in North America.

As a result of the conversion, the Totem Ocean vessels will reduce sulfur oxide (SOx) emissions by 100%; particulate matter by 91%; nitrogen oxide (NOx) by 90%; and carbon dioxide (CO2) by 35%.

"It is an unprecedentedly exciting time to be in the maritime industry. Economic constraints and the need to comply with environmental legislation have combined to accelerate the switch to LNG fuel. Wärtsilä is uniquely positioned to enable this transition since we have been a leader in developing the appropriate technology for nearly 30 years. We look forward to working with TOTE on converting the Midnight Sun and North Star to LNG so that they can realise the benefits that LNG as a marine fuel can provide," says Björn Rosengren, President & CEO of Wärtsilä Corporation.

Read the article online at: https://www.lngindustry.com/lng-shipping/19022014/lng_ship_conversion_project_chooses_wartsila_technology_186/ 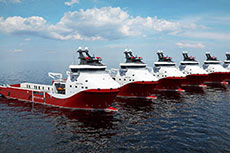 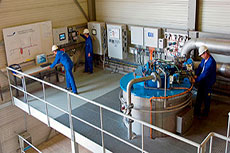 Wärtsilä has announced a structural realigment that includes the initiation of redundancies in a bid to secure future profitability and competitiveness. 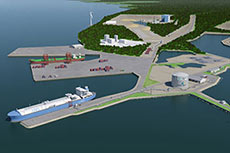 Wärtsilä has signed a turnkey contract to supply a LNG terminal to be built in Tornio, Finland.