The company found that continued high leverage resulting in an increase in LNG tankers could trigger downgrades for NYK and MOL. In the case of NYK, Moody's expects that it will need to use cash on hand to reduce leverage below 7.5x to avoid a downgrade.

Moody's also noted that MOL's rating is under review for downgrade because it expects the company's debt-to-EBITDA will rise to about 8.0x by March 2015 on weak earnings. If MOL further increases debt-funded spending, mainly on LNG tankers, the metric could rise as high as the mid-8x.

At the same time, the Moody's report observes that several mitigants will limit a spike in debt as the shipping companies will continue their practice of funding a portion of their capital expenditures with proceeds from asset sales. This approach will keep their incremental debt lower than it would be if they financed the full cost of the expected LNG investments with debt.

The companies also tend to invest in LNG projects with partners, which keeps their debt lower than if they financed the entire purchases on their own. However, a meaningful earnings contribution from new LNG tankers – which would be credit positive over the longer term – will take a number of years.

Because it takes about two to three years to deliver a tanker, LNG vessels that are ordered today are unlikely to generate earnings that will be sufficient to reduce leverage until after 2016 - 17. The companies' leverage will remain too high for their ratings in the meantime without any countermeasures.

Read the article online at: https://www.lngindustry.com/lng-shipping/18082014/moodys-said-lng-carriers-to-keep-debt-levels-high-1231/ 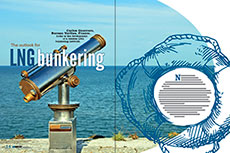 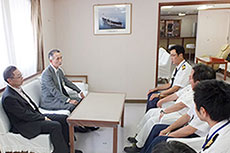 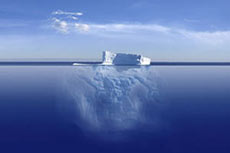 GTT has received an order from DSME for nine additional ice-breaking LNG carriers.