Excelerate Energy L.P. has announced that it has successfully completed its 1000th commercial ship-to-ship (STS) LNG transfer. The operation was carried out on 31 August 2016 at the GNL Escobar LNG import terminal in Argentina, and involved the company’s Expedient floating storage regasification unit (FSRU) and a conventional LNG carrier. 83 767 m3 of LNG were transferred using the double-banked LNG transfer system. To date, the company has transferred more than 108 000 000 m3 of LNG using its STS protocol.

Daniel Bustos, Excelerate Chief Development Officer, said: “We are pleased that this achievement was accomplished with both Enarsa and YPF in Argentina.

"Argentina was one of the first adopters of floating regasification. Their early confidence in our technology and STS process helped prove the inherent benefits of FSRU terminals, and ultimately enabled the market to grow."

Edward Scott, Chief Operating Officer, added: “The accomplishment of this milestone safely and incident free is a testament to the hard work and dedication of our team and vessel crews worldwide.” 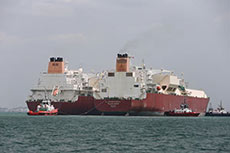 Excelerate Energy has announced that it is scheduled to carry out its 1000th commercial ship-to-ship LNG transfer in late August 2016. 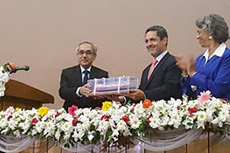 Excelerate Energy has announced that it has signed the final agreements with Petrobangla for Bangladesh’s first LNG import terminal – Moheshkhali floating LNG. 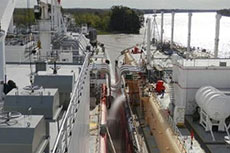 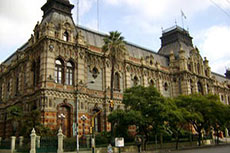