GTT (Gaztransport & Technigaz), via its US subsidiary GTT North America, has signed an agreement with Conrad Shipyard, for the future production of LNG membrane tanks using GTT's technology.

The signing of an agreement initiates the process of training and preparing Conrad Shipyard, a major US shipbuilder based in Morgan City, Louisiana, to offer GTT's membrane containment technologies for LNG storage, transportation, and fuel tanks.

The training process will include the construction of a membrane tank model to exhibit Conrad Shipyard's manufacturing and installation expertise. The successful construction of the model tank will demonstrate the shipyard's experience in the production of membrane technologies.

This partnership demonstrates the continued commitment of both GTT North America and Conrad Shipyard to the development of the LNG fuel market in the US, including small and mid-scale LNG infrastructure.

Read the article online at: https://www.lngindustry.com/lng-shipping/01102014/gtt-and-conrad-shipyard-in-lng-collaboration-1511/ 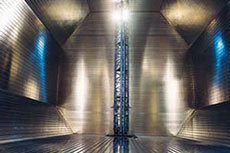 GTT and Gabadi S.L. have signed a Technical Assistance and License Agreement, making Gabadi the first outfitter licensed by GTT.

The LNG carriers will be equipped with GTT’s Mark III Flex containment system.

GTT has announced new developments in its membrane technologies and related services. 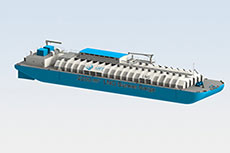 Gaztransport & Technigaz subsidiary, GTTNA, has received ABS approval for the design of an LNG bunker barge which will incorporate GTT's CCS.