The small increase was underpinned by the contribution of the company's international assets, most notably Transportadora de Gas del Perú (TgP) and Compañía Operadora de Gas del Amazonas (COGA), which did not contribute to earnings for 1Q14.

During the first three months of 2015, Enagásinvested a total of €50.5 million. Investment in Spain totalled €40.9 million, with ongoing international projects accounting for the remaining €9.6 million.

On 23 March, Enagás and the Belgian company Fluxys announced the joint acquisition of Swedegas. This transaction, which was completed on 15 April, offers a clear strategic fit with the core business of Enagás.

Demand for natural gas in the domestic market grew 6.5% y/y in 1Q15, slightly ahead of estimates.

This increase was largely due to the 3.2% rise in conventional demand, which was a result of colder temperatures, and the increase in demand for gas for electricity generation (+31.4%). This was attributable to a decline in hydroelectric and wind generation and increased demand for electricity.

Read the article online at: https://www.lngindustry.com/liquid-natural-gas/21042015/enagas-profits-rise-623/

The companies have formed a strategic partnership to provide a broader range of engineered solutions for the severe-service market. 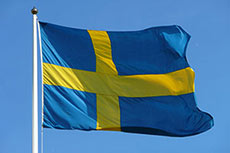 Swedegas, the owner and operator of the gas transmission grid in Sweden, has been sold to Enagas and Fluxys.