Japan, the world’s largest importer of LNG, is set to reduce the number of diesel-fuelled trucks, by increasing its use of LNG and CNG as a transport fuel. Japan has approximately 44 000 CNG-fuelled trucks operating, however, with no LNG-fuelled transport at present, Japan is set to engage with a global turn towards gases such as LNG and CNG.

At present, Japan has no operating LNG-fuelled trucks, as opposed to 3500 in the USA and 170 000 in China. In an attempt to combat air pollution, China also has 2.8 billion CNG-fuelled trucks. However, Reuters reports that the Japanese government has been discussing draft report on energy policy, which has highlighted a growing need for diversifying energy sources. This would allow countries, such as Japan, to respond to a possible energy crisis.

Japan’s Ministry Director of Oil and Gas, Ryo Minami, hopes that 10% of 300 000 trucks will switch from diesel to LNG. In a Reuters report, Minami comments: "By diversifying fuel in the distribution sector, we aim to improve our ability to respond in the event of an energy crisis," he said. "If oil supplies are halted, distribution will come to a stop."

Furthermore, the Japan Gas Association estimates that 20% of all trucks (500 000 trucks) will be powered by LNG or CNG by 2030. It hopes that the increased use of LNG will contribute 2 million tpy of LNG, thus reducing diesel usage by 49 000 bpd.

Benefits of introducing LNG as a transport fuel

Utilising LNG would have many benefits for Japan. LNG trucks are 30% cheaper and emit 20% less CO2 than ordinary diesel-fuelled trucks. Thus, Japan would not only be cutting its carbon emissions level by approximately 6.7 million tpy, it would also save money in the long-term.

As stated above, Reuters has reported a need for the diversification of fuels, an issue which would be addressed through the introduction of LNG and increased use of CNG.

At present, the Japanese government aims to utilise LNG trucks which are able to travel over 1000 km, without a fuel stop and CNG for short haul transportation.  The government is supporting two LNG and CNG fuelling stations, which are set to be built by Shell Japan. Moreover, Isuzu Motors is developing what looks to be the first LNG trucks made in Japan.

Edited from source by Callum O'Reilly

Read the article online at: https://www.lngindustry.com/liquid-natural-gas/19062015/japan-to-introduce-lng-fuelled-transport/ 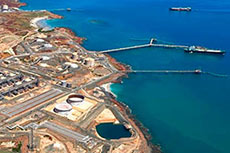 According to ICIS, partners in the North West Shelf LNG venture have moved to a new marketing structure. 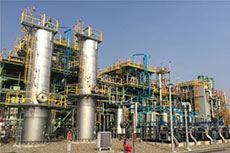 The technology qualification contract is for a FEED package for a 5 million tpy LNG liquefaction plant. 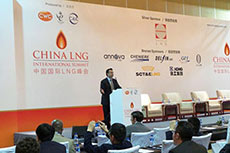 The company met with potential off-takers and investors in Asia and Latin America concerning the development of its LNG export terminal.

Poten & Partners has announced that Japanese banks have topped its list of LNG project finance lenders.