The government of Finland has issued a decree on the general terms for granting investment aid for liquefied natural gas (LNG) terminals. The decree will enter into force on 15 October 2013. At the same time, the Ministry of Employment and the Economy will launch the application procedure for the aid.

This year's supplementary state budget sets aside €33 million for the aid scheme, while €90 million has been proposed for next year's budget.

The investment aid is intended for the planning and construction of an LNG terminal and related equipment to be used for importing or receiving LNG, and for unloading, storage and delivery.

The aim of the aid scheme is to help launch projects worth hundreds of millions of euros in which several national LNG terminals of a smaller size class are to be built along Finland's coastline. These LNG terminals will have storage tanks with volumes of between 5 000 and 70 000 m3.

The aid would be granted under the terms of this decree and the Act on Discretionary Government Transfers, and its amount represent 20 - 30% of the total investment in the project. Granting and funding the aid requires launching a state aid notification procedure and the European Commission's (EC) approval of the aid must be suitable for the common market. However, it can be granted conditionally, pending the EC’s approval.

The terminals will allow for the increased use of cargo and passenger vessels using LNG in the Baltic Sea, whilst fulfilling the obligations of the so-called sulfur directive, which enters into force at the beginning of 2015. According to the directive, the sulfur emissions from fuel used in shipping in the Baltic Sea should be reduced from 1 - 0.1%. The use of LNG also considerably reduces emissions of nitrogen oxides.

The terminals will initiate the importation of natural gas to areas outside the natural gas network, which increases energy supply diversity and delivery reliability while reducing emissions, especially in industries in which other fossil fuels are used as energy sources.

At the same time, a competing supply of gas will be created in Finland, which will improve the gas market, stimulating competition among gas prices. This phenomenon is in line with the Baltic Energy Market Interconnection Plan (BEMIP) project launched by the EU in 2008. The project's goals include integrating the gas networks of the Baltic countries and Finland into the European gas network.

The EC is expected to publish a list of regional projects aimed at the development of European energy infrastructure w/c 21 October 2013. Projects on the list are eligible to apply for support from the EC. An update is also expected on possible locations for a planned large scale LNG terminal (about 300 000 m3) on the shore of the Gulf of Finland. The main candidates have been Inkoo in Finland and Paldiski in Estonia.

Read the article online at: https://www.lngindustry.com/liquid-natural-gas/17102013/the_government_of_finland_grants_investment_aid_for_lng_terminals/

Greenhouse gas emissions for the cargo, from the Gorgon Project off the northwest coast of Western Australia, will be fully offset via the retirement of high-quality nature-based and energy efficiency offsets in Cambodia, Indonesia, and Nepal. 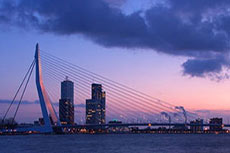 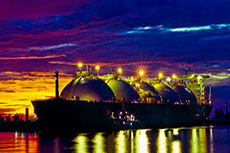 Tokyo Gas Co., to invest in LNG projects in Southeast Asia or Africa in order to reduce import costs. 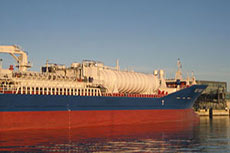 DNV GL has launched a guide for LNG bunker suppliers and ship operators which provides guidance on safe and efficient bunkering.