Premier Christy Clark has returned to British Columbia (B.C.) after her fifth international trade mission. The Premier returned from Hong Kong having signed LNG agreements with Petronas and Woodfibre LNG and promoting B.C.’s attractiveness as an LNG exporting hub to potential Asian buyers.

“Each milestone we cross means getting closer to final investment decisions – any one of which would be the biggest private-sector investment in B.C.’s history,” said the Premier. “These companies are moving forward because they have confidence in B.C. as a secure long-term investment, and understand the scope of the opportunity.”

The Premier Clark’s delegation included Deputy Premier and Minister of Natural Gas Development Rich Coleman and other industry experts. From 2 – 9 May, they travelled to Malaysia, Singapore and Hong Kong – key LNG markets in Asia. The trade mission enabled B.C. to reinforce its relationships with companies and governments that have a keen interest in delivering on B.C.’s LNG potential.

Minister Coleman said: “We met with proponents backing LNG proposals in B.C. that will deliver reliable energy solutions to growing economies throughout Asia. The trade mission gave us an opportunity to reinforce the province’s competitive advantages to new investors and existing partners.”

Highlights of the mission:

Read the article online at: https://www.lngindustry.com/liquid-natural-gas/12052014/british_columbia_lng_trade_mission_to_asia_promotes_lng_in_the_canadian_province/ 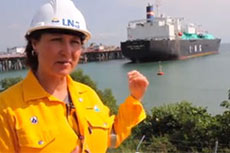 Woodfibre LNG and British Columbia Premier Christy Clark have signed a LOI to advance LNG in the province.

Petronas and the government of British Columbia have signed a letter of intent that commits both sides to developing B.C.’s LNG industry. 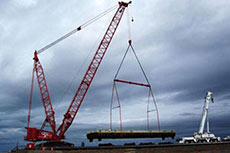 NCSG Crane and Fagioli Canada have signed a cooperation agreement to pursue work on LNG projects in British Columbia. 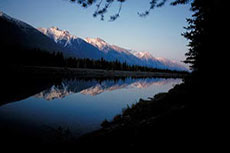