QGC and Bechtel have released a video of work inside a liquefied natural gas (LNG) storage tank during successful testing of its structural integrity.

The 140 000 m3 tank was filled with seawater - which is more dense than LNG - and drained safely over 10 days. The video and is believed to be the first to show in detail the hydrotesting of an LNG tank with seawater, which has taken place a dozen or more times around the world since the 1990s.

QGC Managing Director Mitch Ingram said the test represented an important step towards production of first LNG in the final quarter of 2014. "This work represents the latest in a series of milestones reached safely as we transition from construction to commissioning and operation of our LNG plant," said Ingram. "The second LNG tank will be tested in the next few months as part of the quality and assurance work being undertaken across the site on Curtis Island according to stringent regulations."

The tanks, comprising an inner steel tank enclosed within an outer concrete tank, have been designed and constructed using the most advanced techniques and materials. The concrete mix has been tested in liquid nitrogen to ensure it can withstand the temperature at which gas becomes a liquid and which LNG is stored at. In February 2013 a steel roof was raised on the 48 m high LNG tank - the first time such a roof had been lifted in Queensland.

Read the article online at: https://www.lngindustry.com/liquid-natural-gas/11042014/video_lng_storage_tank_452/ 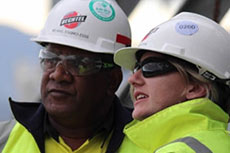 Bechtel has won a CETI Award for its use of RFID technology on the Queensland Curtis Island LNG project in Australia. 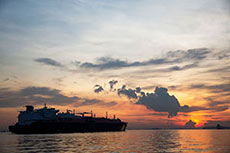 BG Group has released its view on the global LNG market. 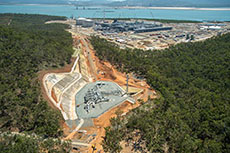 BG Group CEO is optimistic about the Queensland Curtis LNG, despite concerns over the situation in Egypt. 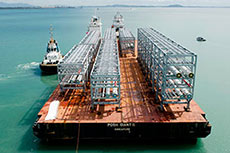