SCT&E LNG has announced that it attended and participated in a meeting and presentation with the Cameron Parish Police Jury, landowners, businessmen, West Cameron Port Authority, local stakeholders, and State representatives to review the first phase of the Monkey Island Access Stage 0 Study Feasibility Report conducted by the Sigma Consulting Group.

SCT&E LNG said that proposed plans for an access bridge from the mainland to Monkey Island were positively received from all in attendance at the meeting.

Greg Michaels, CEO of SCT&E LNG, said: "It was great to be in a meeting like this with a group of problem-solvers. Simply stated, the people and leaders of Cameron Parish are just solid! Their cooperative approach to the Monkey Island Access Bridge is an example of a city that can come together positively, and fruitfully."

The Cameron Parish Police Jury is working to identify discretionary funding sources to assist in any potential construction for access to the island.

Greg Michaels also met with supporters of the LNG project on Monkey Island, such as US Senator David Vitter, R-Louisiana. In a letter of support to the US Department of Energy (DOE) on behalf of SCT&E LNG, Senator Vitter said: "This project will have significant positive benefits for Louisiana and the US economy. The project also advances US strength with our allies and trading partners globally."

Read the article online at: https://www.lngindustry.com/liquid-natural-gas/11032015/sct-e-lng-pushes-forward-with-lng-plans-401/ 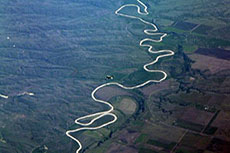 SCT&E LNG has been granted authorisation to export LNG to non-FTA countries for a period of 30 years. 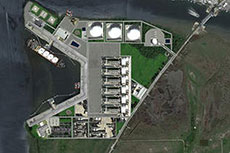 John Siffert has joined SCT&E LNG as President of Enegineering and Construction for the development of its LNG plant on Monkey Island.

Greg Michaels, CEO of SCT&E LNG, has been invited to attend the Louisiana trade mission to Panama. 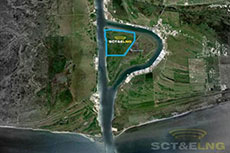 SCT&E LNG has acquired approximately 232 acres of land for the development of an LNG facility in Cameron, Louisiana.