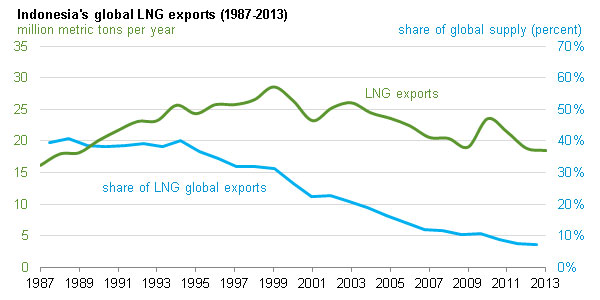 Currently, Indonesia’s share of the global market is approximately 7%, despite the country accounting for over a third of global LNG exports throughout the 1990s. This decline is a result of both growing global LNG demand that is being picked up by supply from other countries and lower Indonesian exports.

While the country’s exports have dropped by 40% since 1999, global LNG demand has risen by more than 150% throughout the same period. 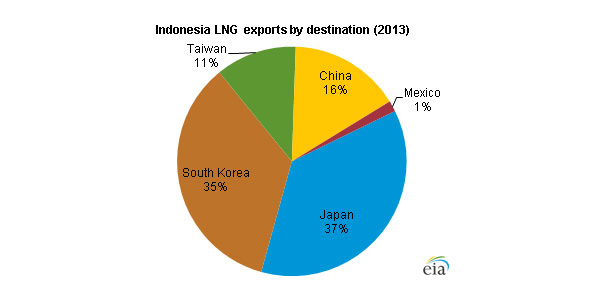 LNG exports are politically sensitive in Indonesia because of an increased domestic demand for energy. Expected growth in natural gas demand led the government to pursue policies securing domestic supplies for the local market. To meet the natural gas domestic market obligation (DMO), LNG producers must assign 25% of supply for the domestic market.

Two new liquefaction plants, Donggi-Senoro and Sengkang, are currently under construction in Sulawesi. The Donggi-Senoro LNG plant only received government approval after the developers designated 30% of the output explicitly for domestic consumption, exceeding the 25% level set by the DMO.

As part of efforts to meet domestic demand, Indonesia is planning a number of additions to its regasification capacity. PT Pertamina plans to convert the Arun LNG plant into a regasification terminal to serve the domestic market. IHS Global Insight expects the converted Arun plant to come online by late 2014 with a capacity of approximately 146 billion ft3 per year.

In addition, Pertamina and PLN, Indonesia's state electricity firm, plan to develop eight small LNG receiving terminals in the eastern regions of the country by 2015, with a total capacity of 67 billion ft3 per year. These facilities will supply domestic electricity plants. 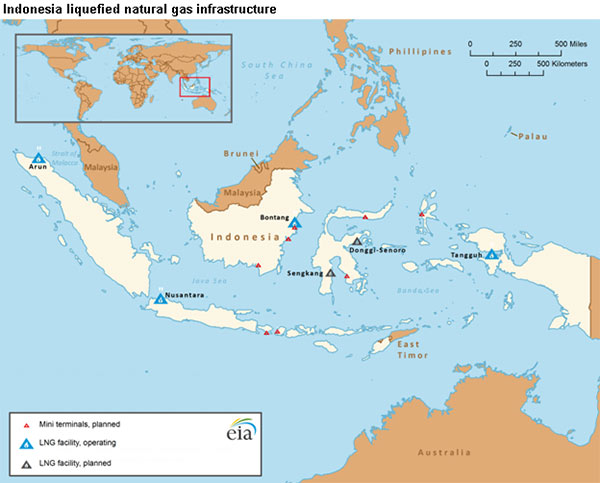 In December last year, Indonesia signed its first gas import contract with Cheniere Energy to receive 38 billion ft3 per year of LNG for 20 years from the planned Corpus Christi liquefaction terminal, in the Gulf Coast, US. The LNG imports will commence in 2018.

Read the article online at: https://www.lngindustry.com/liquid-natural-gas/10032014/indonesian_lng_supply_in_decline_265/ 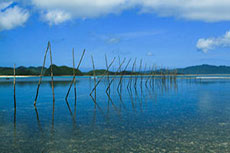 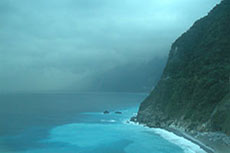 Alex Field, The Energy Industries Council, UK, looks at the burgeoning demand for LNG in the Asia Pacific region and the changeability of neighbouring LNG markets.

Marubeni and Pertamina have signed a MoU regarding cooperation for a new gas-fired IPP and gas related infrastructure in Indonesia. 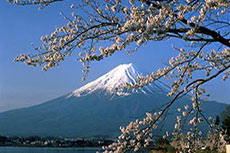 Japanese company Chiyoda has issued a positive assessment for the LNG industry in 2014 and beyond.