An energy transformation is underway in the US and technology is leading the charge. Advances in hydraulic fracturing and directional drilling have completely shattered prior expectations about the energy future of the US by unlocking vast amounts of shale resources that were previously considered inaccessible. Only a decade ago, many believed that the US was running out of oil and gas and would grow increasingly dependent on foreign imports, much of it from unstable or hostile regions of the world. However, thanks to the shale revolution, the US today is producing more oil and gas than ever before. This is contributing to lower prices, greater energy security, and unprecedented job growth in the energy sector.

LNG has played a considerable role in this transformation. Ten years ago, LNG imports were seen as key to fuelling US energy demand, but today, LNG exports are helping supply the world’s needs. Thanks to ingenuity and technological advances, the US now has more than enough gas to supply its domestic needs and the export market.

The Energy Information Administration’s 2004 Annual Energy Outlook highlighted LNG as a growing source of US imports:

Compate this with the EIA’s 2014 Annual Energy Outlook, which shows US LNG exports to be on the rise and predicts the US will become a net exporter of natural gas in just a few short years:

“With relatively low natural gas prices in the AEO2014 Reference case, the US becomes a net exporter of natural gas in 2018, with net exports growing to 5.8 trillion ft3 in 2040. Most of the projected growth in exports consists of LNG exported to overseas markets. From 2012 to 2040, US net exports of LNG increase by 3.5 trillion ft3…”

The New York Times this week highlighted this turnabout by showcasing the Golden Pass LNG terminal in Texas which is targeted for a US$ 10 billion renovation project to convert the terminal from an import to an export facility:

Its 5000 valves, 50 million pounds of steel and ship berth as big as 77 football fields – representing a US$ 2 billion investment by Qatar Petroleum, Exxon Mobil and Conoco Phillips – have been dormant for nearly three years. The unexpected US shale fracking frenzy produced such a glut of domestic gas that the country no longer needs Qatari gas.

Qatar Petroleum, the state oil company, is now requesting permission to export American gas, proposing with its partner Exxon Mobil an audacious conversion of the facility to export from import. The additional estimated cost: US$ 10 billion, if not more.”

The American Interest aptly described Golden Pass as an “example of the disruptive power of shale energy,” and explained, “The energy world isn’t nimble by nature. Projects require huge capital outlays, and typically take years to produce and start making that money back. It’s remarkable, then, that in just a decade America has gone from building out natural gas import capabilities to scrambling to find a way to unleash what has become a glut on global markets. We’re much, much more energy secure than we were pre-fracking, and the future looks even brighter.”

But to ensure our future is as bright as it can be, we need the right policies. Federal regulations have failed to keep pace with the shale revolution in the US and many are rooted in outdated perceptions of energy scarcity rather than today’s reality of energy abundance. For example, the same laws that regulated LNG import terminals are now being applied to LNG export terminals. Layers of archaic red tape continue to hold back billion-dollar investment opportunities to construct export projects that would support thousands of US jobs.

Read the article online at: https://www.lngindustry.com/liquid-natural-gas/03102014/the-lng-sucess-story-in-the-us-2451/

Polish Oil and Gas Company has received the hundredth supply of LNG to its Swinoujscie terminal. 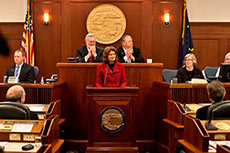 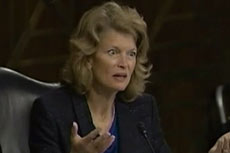 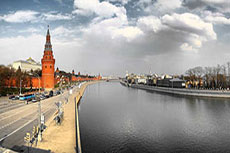