The full version of this article can be read in the October 2012 issue of Hydrocarbon Engineering. Subscribers can sign in here.

Recent developments in the unconventional gas sector are having an important impact on the global gas market, and the LNG market in particular. The impact of these developments is likely to resonate into the foreseeable future.

The most important of these developments concerns shale gas. A lot has been said about shale gas recently, but it is best to start with the facts. Shale gas is an unconventional natural gas extracted from shale formations. It is recovered by a careful procedure involving horizontal drilling and hydraulic fracturing (or fracking). Fracking is a technique that utilises a high pressure mix of water, sand and chemicals that are injected underground to break up the shale formations and release the natural gas.

Therefore, with these more advanced drilling techniques (currently used in US and in Australia) looking to be implemented on a worldwide scale, it will be interesting to observe the impact on the energy mix of various countries. The geopolitics of energy security will also be affected.

The support that these shale gas developments are getting from many of the major oil companies is a sign of the resource's growing importance. Companies such as ExxonMobil, BP, Total and Petronas are already involved in these unconventional hydrocarbon opportunities.

Taking a closer look at Europe, shale gas developments are being seriously considered in many countries as a viable alternative to traditional fuels. Shale and other unconventional gas resources have been identified in France, Germany, Hungary, Italy, Netherlands, Poland, Romania, Spain, Sweden, Switzerland and the UK. Land and license acquisition, and even some early stage exploration, is already underway or foreseen in a number of these countries. The results from these test sites and other efforts will help to determine the real potential for shale gas use on the European continent.

However, despite these significant volumes of unconventional gas deposits, shale gas developments are running many years behind their counterparts in the US. There are a number of factors to help explain this trend:

However, there could yet be a bright future for shale gas in Europe, as both Germany and the UK have maintained their support for developments.

The European country most committed to unlocking its shale gas reserves remains Poland. Poland has three shale basins and, to date, the country has issued more than 80 exploration licenses to numerous companies, including Chevron Corp., ConocoPhillips and Marathon Oil Corp. After the first horizontal gas well was completed in June 2012, ConocoPhillips announced that gas production is expected to begin within two years.

Today, the opponents of shale gas in Europe seem to have the upper hand, but some progress is nevertheless being made in the development of the continent’s shale gas reserves. This is especially notable in Poland, where governmental support and favourable geology indicate a good economic potential for shale. Shale gas developments in other European states seem to be more uncertain given that there is more public opposition. The success of the resource in Europe hinges greatly on public opinion and also on the development of new technologies, which would make shale gas exploitation cheaper and more environmentally friendly.

The real impact of both shale gas and CBM outside of Australia and the US remains to be seen. The extraction of gas from shale and coal beds remains a complicated process and it should also be highlighted that availability of unconventional gas resources does not automatically mean that they are proven reserves with the possibility of being developed from an economic standpoint. Several potential hurdles remain before extraction can truly accelerate.

Research is ongoing, and new technologies will be developed that will help drive down the cost of shale gas extraction and improve the efficiency of development and production activities. The shale gas debate rolls on, but there is no denying the economic benefit that the evolution of a shale gas industry could bring to individual countries, notably those in Europe.

Read the article online at: https://www.lngindustry.com/liquid-natural-gas/03102012/new_shale_frontier/ 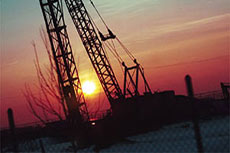