On behalf of the Tangguh Partners, BP has announced the following two consortia have been awarded the onshore Front End Engineering and Design (FEED) contract for the US$ 12 billion Tangguh LNG Expansion Project (Train 3):

Train 3 will build on the safe and reliable operations of the two existing liquefaction trains at the Tangguh site, which is located in Teluk Bintuni Regency in Papua Barat province of Indonesia. The project will add 3.8 million tpa liquefaction capacity to Tangguh, bringing total capacity to 11.4 million tpa.

In addition to the award of the onshore FEED, BP and the Tangguh Partners signed a sales and purchase agreement with Indonesia’s state owned electricity company PT. PLN (Persero) to supply up to 1.5 million tons of LNG each year from 2015 to 2033. Supply will initially be provided from Tangguh’s existing two LNG trains. The agreement commits 40% of annual production from Train 3 to the domestic market.

“The awarding of the onshore FEED contracts and signing of the sales and purchase agreement with PLN are major accomplishments, which demonstrate progress for the Tangguh Expansion Project. The Train 3 Project will deliver significant value, including much needed energy to Indonesia,” commented Bob Dudley, BP CEO.

The onshore FEED is planned for 12 months, with scope covering the new LNG Train, LNG jetty and associated infrastructure.

Christina Verchere, BP Regional President Asia Pacific, added: “We thank the Indonesian Government for its support and close collaboration to reach these milestones for the Tangguh Expansion Project. We look forward to continued cooperation as we advance towards the final investment decision.”

Further regulatory and partner approvals are required before the final investment decision.

Read the article online at: https://www.lngindustry.com/liquefaction/22102014/bp-awards-tangguh-lng-expansion-contracts-1645/

Gastrade has re-opened the bidding and extended the deadline for binding offers regarding the Alexandroupolis LNG project Market Test. 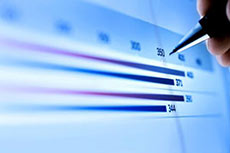 Asian spot prices fell in the first half of October as the region struggled to absorb abundant supply of LNG from the Pacific Basin. 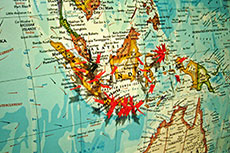 BP has confirmed that the Tangguh Expansion Project has received AMDAL approval and an environmental permit. 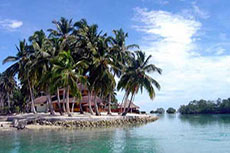 Indonesia’s share of global LNG supply has declined, largely due to global and domestic demand growth. 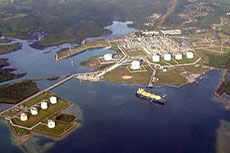