According to Reuters, Petronas has denied accusations that it will abandon the Pacific NorthWest LNG (PNW LNG) project on the West coast of Canada if it does not receive federal approval by the end of March 2016. Reuters claims that the accusation was made by the Canada National Post newspaper. The newspaper reportedly said that new climate change measures, which were introduced by the federal government in January 2016 and note the impact that upstream production would have on greenhouse gas (GHG) emissions, have frustrated Petronas.

Despite the project review now having gone on for over two years, Reuters claims that Mike Culbert – the PNW LNG President – said that Petronas remains committed to the environmental process. Assuming there are no further delays, it is expected that Catherine McKenna, the Canada Federal Environment Minister, will announce her final decision on the project later in March 2016.

Read the article online at: https://www.lngindustry.com/liquefaction/09032016/petronas-denies-accusations-that-it-will-walk-away-from-pnw-lng-2097/ 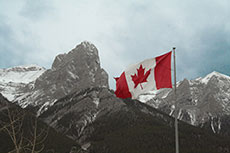 Petronas has announced that it will stay committed to its LNG project in B.C., regardless of the fall in oil and gas prices.