Norway’s Petroleum Safety Authority (PSA) has announced that it has carried out a major accident audit of the Hammerfest LNG facility. The facility is located on Melkøya off Hammerfest, and is operated by Statoil. It receives natural gas from the Snøhvit field in the Barents Sea.

The audit was carried out between 21 and 23 June 2016. It sought to find out how Statoil is satisfying regulatory requirements and its own procedures in respect of decreasing the likelihood of a major accident. In particular, the audit focused on barrier management, Statoil’s explosion protection work, and the systematic approach to change monitoring.

Read the article online at: https://www.lngindustry.com/liquefaction/05082016/norways-psa-carries-out-major-accident-audit-of-hammerfest-lng-2868/ 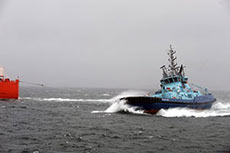 Østensjø Rederi has been awarded the tugboat contract at Melkøya terminal by Statoil. 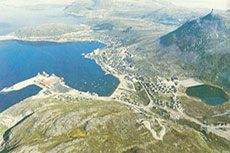 The Petroleum Safety Authority of Norway carried out an audit at Hammerfest LNG in June.

Statoil has brought its LNG plant at Hammer fest back online after an earlier shutdown on October 14.

Statoil will have the Snøhvit LNG plant back up to full capacity by the end of January after it was forced to shut down on 20 December due to a technical fault.