Liquefied Natural Gas Limited (LNG Ltd) has announced that wholly owned company, Bear Head LNG Corp., has filed for modifications to the existing construction and environmental permits granted by the Nova Scotia Utility and Review Board and Nova Scotia Environment.

Bear Head LNG has also confirmed that it is doubling the initial facility production capacity to 8 million tpa. "Bear Head LNG is targeting a higher rate of production capacity based on market response and gas supply projections. This change also reflects our conversations with regulatory agencies and political leaders. We have been on a fast-track from day one, with significant permitting approvals already in place and detailed level engineering and initial site construction completed," said Mr. Godbold.

The Bear Head LNG project will piggyback on design and engineering work nearing completion for the LNG export terminal under development in Louisiana by Magnolia LNG LLC, also a wholly owned subsidiary of LNG Ltd.

Read the article online at: https://www.lngindustry.com/liquefaction/03112014/bear-head-lng-doubles-initial-production-capacity-1711/ 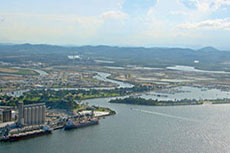 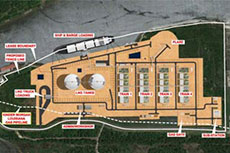 Maurice Brand will remain the Managing Director and CEO of LNG Ltd until mid-2017.