Steelhead LNG Corp. has announced that Victor Ojeda has joined the company as President, effective immediately.

Ojeda, the former head of LNG Canada, will play an integral role in Steelhead LNG’s projects from leadership, relationship and commercial perspectives.

Ojeda has led numerous multi-billion dollar energy project developments across Africa, the Americas and Oceania. His significant LNG experience in British Columbia includes having originated and developed the LNG Canada project in Kitimat. As Managing Director of LNG Canada, he led all aspects of the joint venture between Shell, PetroChina, Kogas and Mitsubishi from inception through to July 2013, at which point he returned to Shell’s global headquarters to head up a series of M&A projects.

Nigel Kuzemko, Steelhead LNG’s CEO, said: “Our ability to attract someone of Victor’s stature is an indication of Steelhead LNG’s strong industry reputation. It’s also an example of how British Columbia is recognised by LNG experts worldwide as a jurisdiction that is well positioned to take advantage of Asia’s growing demand for clean energy. Of course, developing BC’s LNG sector will depend to a great extent on our ability to create and develop mutually beneficial partnerships with suppliers, customers, First Nations, government, local communities and other stakeholders. With industry-leading experience developing LNG projects in BC, Victor will greatly strengthen our ability to develop those partnerships.”

Ojeda added: “I’m excited to return to BC to join such a well-respected and rapidly growing team […] I find that projects like this require a unique combination of experience and patience, as well as a team and investors that understand the size, scope and longer term perspective. I believe that Steelhead and its investor, Kern Partners, have it right, with a model that works.  As part of Steelhead LNG, I look forward to working with the Province of BC, First Nations and other partners so we can all realise the benefits of this once-in-a-generation opportunity.”

Read the article online at: https://www.lngindustry.com/liquefaction/03102014/steelhead-lng-appoints-president-1530/ 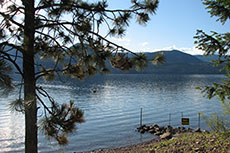