BG Group has announced that it has been loading the first LNG cargo from its Queensland Curtis LNG (QCLNG) facility since 28 December 2014.

The LNG facility has been loading the Methane Rita Andrea vessel, and the second cargo of LNG from the facility will be loaded onto the Methane Mickie Harper, which is expected in Gladstone in the first week of January 2015.

QCLNG is the world's first LNG project to be supplied by coal bed methane (CBM).

Andrew Gould, interim Executive Chairman, said: "This is an immense achievement which demonstrates the company's ability to deliver a highly complex LNG project. The start-up of QCLNG is testament to the hard work, skill and dedication of all our employees, partners and customers including the thousands of individuals who have been involved in physically building the plant. The ongoing support from both the State Government of Queensland and the local councils of our upstream region and in Gladstone has also been pivotal in this development. We thank them all."

The project will expand further with the start-up of the second train in the third quarter of 2015. At plateau production, expected during 2016, QCLNG will have an output of around 8 million tpy of LNG.

Read the article online at: https://www.lngindustry.com/liquefaction/02012015/qclng-loads-first-lng-cargo-002/

Summit Oil and Shipping Co. Ltd has signed an MoU with Commonwealth LNG to collaborate in the supply of LNG to Asia. 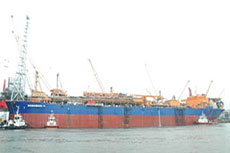 At IP week, BG Group CEO, Chris Finlayson, commented on the global diversity of gas supply, looking to the US as an exporter of LNG. 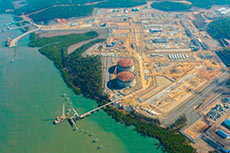 Motorola has announced the successful completion of a dedicated communications network for the QCLNG project in Australia.

CNOOC and BG Group have signed a heads of agreement for the sale of equity in Queensland Curtis LNG and the sale of LNG supplies for US$ 1.93 billion.