One of India's largest oil companies, Indian Oil Corp. Ltd (IndianOil), has sent an engineering procurement and construction (EPC) order to Mitsubishi Heavy Industries Ltd (MHI). The order is for the construction of two LNG storage tanks, which will be the main facility at the first LNG receiving terminal to be built on the east coast of India. Furthermore, this is also the first LNG storage tank order that MHI has received from India.

The LNG tanks are high capacity storage tanks, capable of holding 180 000 m3 each, and these will be installed at an LNG terminal that IndianOil will build near Ennore port, approximately 25 km north of Chennai, on the Bay of Bengal.

LNG imported to the terminal will be supplied as feedstock to fertiliser plants and to utility company power generation plants for use as an alternative fuel. Plans also call for the use of LNG as city gas in urban areas in the future. The terminal will initially have the capacity to handle 5 million tpy, expanding to 15 tpy in the future.

Construction of the tanks is scheduled to begin in July 2015 with completion planned for the spring of 2018.

In India, LNG demand is expected to increase in tandem with the nation's growing economy. Moreover, many projects relating to LNG receiving terminals and storage tanks are planned. Going forward, MHI hopes to continue to engage with projects in India and explore LNG-related projects in neighbouring countries and the Middle East.

Read the article online at: https://www.lngindustry.com/regasification/29062015/indianoil-orders-two-lng-storage-tanks-from-mhi-958/

An Indian minister has stated that the building of an LNG terminal at Mangalore is set to begin in November. 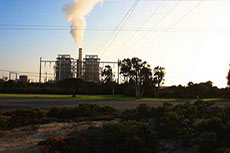 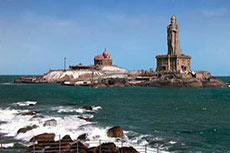 IndianOil signs MoU with TIDCO to set up an LNG regasification terminal and gas driven power plant at Ennore in the Bay of Bengal.

A new report by RNCOS has projected that global LNG growth will be healthy up to 2030, and India will be a major growth market for LNG.