Swedegas, the owner and operator of the gas transmission grid in Sweden, has been sold by EQT Infrastructure, to Enagas and Fluxys.

Spanish Enagas and Belgian Fluxys have made a joint acquisition of Swedegas on a 50/50 basis. The acquisition has been described by both companies as ‘strategically important’, and has the potential to unlock a number of synergies.

"With Enagás and Fluxys, Swedegas will have new, strategic owners with similar core operations as ours. They have extensive knowledge of the European gas market and they share our ambition to invest in smart, sustainable energy solutions", explained Lars Gustafsson, CEO of Swedegas.

Fluxys owns gas grids in Belgium, Germany and Switzerland and Enagás has operations in Spain and South America. Both companies have invested in LNG terminals, including terminals in Zeebrugge, Dunkirk and Altamira in Mexico.

"The Swedish gas market has major development potential. Investing in LNG infrastructure and in regional gas grids to facilitate the transition by the industrial, shipping and transport sectors from oil to gas, are areas in which we have identified significant scope for development”, said Marcelino Oreja, CEO of Enagas.

“Swedegas’ management has a strong track record and Fluxys looks forward to team up and continue the company’s success. Both Fluxys and Enagás are long-standing LNG infrastructure players and we see great opportunities for sharing knowledge with Swedegas’ highly experienced staff and developing the small scale LNG market in Sweden,” added Walter Peeraer, CEO of Fluxys.

Gustafson explained that there is a substantial need to invest in the energy infrastructure throughout the whole of Europe, adding: "The projects that we are working on in Sweden will now be put in a broader context where we can identify synergies with Enagas’ and Fluxys’ operations in other European countries".

Read the article online at: https://www.lngindustry.com/liquid-natural-gas/23032015/swedegas-sold-to-enagas-and-fluxys-458/ 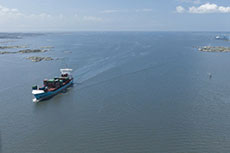 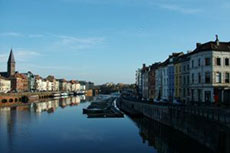 Fluxys Belgium has reported that in Q1 2014, nine carriers were unloaded and five were loaded at the Zeebrugge LNG terminal. 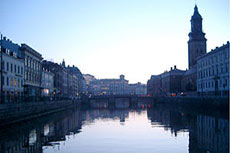 A terminal for liquefied natural gas, LNG, could be completed in Gothenburg, the largest port in Nordic region, as early as 2015.