The global LNG market is long, with supply exceeding demand and may be long until the middle of the next decade. Yet there is still a long list of liquefaction projects that are hoping to enter the market in the coming years. The question is, will they ever be built?

The global LNG supply glut that we are facing today is exacerbated by the 100 million tpy of new export terminal capacity currently under construction in the US and Australia. By 2019, the oversupply peaks at roughly 60 million tpy. McKinsey Energy Insights forecasts that the market will remain oversupplied unless today’s low prices can stimulate a demand recovery. However, to date, the demand response to the low prices seen in the past two years has been limited.

Given the market may remain oversupplied until 2024 and that it takes three to five years from Final Investment Decision (FID) to construct and start up a liquefaction terminal, one could argue that in theory, no new liquefaction terminals need to take FID for at least the next two years. In reality, new supply could still hit the market if it is able to displace more expensive existing supply or stimulate new demand currently served by piped gas or an alternative fuel.

Despite the market oversupply there are several projects that would like to take FID in the near term (see Figure 1). 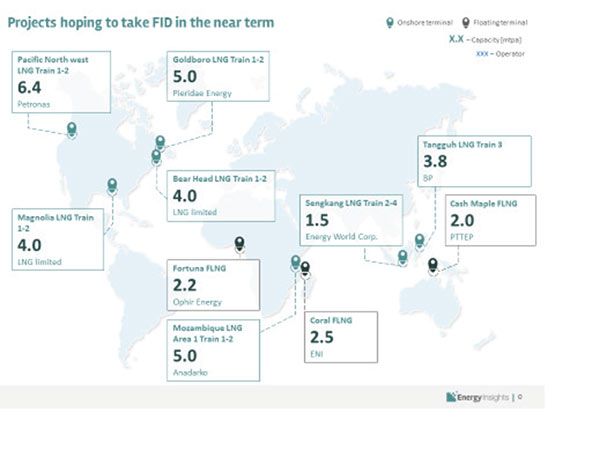 Figure 1. Projects hoping to take FID in the near term.

What is interesting about the suite of projects that are attempting to take FID is their diversity of technology, location and structure. The projects are a mix of brownfield expansions, modular mid-scale projects, floating LNG (FLNG) projects and the more traditional greenfield onshore terminals.

This comes as no surprise. Each of these non-traditional structures are meant to offer their own unique advantages. Brownfield expansions are generally thought to be able to achieve lower CAPEX per tonne of production as the project leverages existing infrastructure where available. Modular mid-scale projects and FLNG projects are thought to be quicker to market, reducing time to first LNG.

In practice, despite these perceived advantages, these projects face their own unique challenges.

Coral and Fortuna are both FLNG projects in Africa. The former, led by ENI, is hoping to be the first sanctioned East African project and is up against Mozambique LNG in Area 1 (operated by Anadarko) in this regard. The latter, led by Ophir Energy, recently lost support from one of its primary backers, Schlumberger. Energy World Corp.’s Sengkang project is a proposed modular facility made up of 0.5 million tpy individual trains. The project is linked to Energy World Corp.’s  under construction regas and power plant in the Philippines, which has also experienced delays. This mid-scale solution is in contrast to the traditional, large scale, greenfield onshore terminals such as Pacific North West LNG, a Petronas-led project that is awaiting regulatory approval from the Canadian Environmental Assessment Agency. LNG Limited (LNG Ltd) is developing two projects in parallel: Magnolia LNG in Louisiana, US, and Bear Head LNG in Canada, which both face challenges in securing firm sales agreements.

Mapping these [10] projects on the Energy Insights LNG cost curve shows not all projects may be economically viable in the first years of operation and would require an assumption of either sustained high LNG price increase post-2024 or a cost optimisation strategy to reduce projected capital expenditures. In theory, projects that should be developed first should be those on the far left hand side of the curve, with the lowest delivered cost to the market and highest return on investment (ROI). This is not the case for all of these projects that are hoping to commence construction.

In conclusion, the current market oversupply is challenging projects that were hoping to take FID in the near term. Many will struggle to secure enough firm buyers in a long market environment.  Even if the project does manage to progress to construction, their volumes will be hitting the market at a bad time. Expect few projects to take FID in the next 12 - 18 months.

Read the article online at: https://www.lngindustry.com/liquefaction/21062016/which-of-any-new-lng-projects-does-the-world-need-1258/